IMDb: 8.1 2019 137 min 20 views
A stage director and an actress struggle through a grueling, coast-to-coast divorce that pushes them to their personal extremes.
Drama

IMDb: 8.0 2019 108 min 29 views
A World War II satire that follows a lonely German boy whose world view is turned upside down when he discovers his single mother is hiding a ...
ComedyDramaWar

IMDb: 8.5 2019 181 min 1015 views
After the devastating events of Avengers: Infinity War, the universe is in ruins due to the efforts of the Mad Titan, Thanos. With the help of ...
ActionAdventureScience Fiction

IMDb: 8.5 2018 149 min 134 views
As the Avengers and their allies have continued to protect the world from threats too large for any one hero to handle, a new danger has emerged ...
ActionAdventureScience Fiction

IMDb: 6.3 2017 107 min 95 views
In the near future, Major is the first of her kind: a human saved from a terrible crash, then cyber-enhanced to be a perfect soldier devoted to ...
ActionDramaScience FictionThriller

IMDb: 7.1 2016 108 min 128 views
A koala named Buster recruits his best friend to help him drum up business for his theater by hosting a singing competition.
AnimationComedyDramaFamily

IMDb: 7.8 2016 147 min 81 views
Following the events of Age of Ultron, the collective governments of the world pass an act designed to regulate all superhuman activity. This ...
ActionAdventureScience Fiction

IMDb: 7.4 2016 106 min 72 views
A man-cub named Mowgli fostered by wolves. After a threat from the tiger Shere Khan, Mowgli is forced to flee the jungle, by which he embarks on ...
AdventureDramaFamilyFantasy 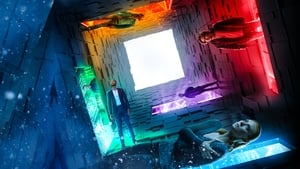