IMDb: 6.5 2018 105 min 5 views
Two overworked and underpaid assistants come up with a plan to get their bosses off their backs by setting them up with each other.
ComedyRomance

Tinker Bell and the Pirate Fairy

Tinker Bell and the Pirate Fairy

IMDb: 7.2 2012 10 views
A modern-day drama about a crime-solving duo that cracks the NYPD’s most impossible cases. Following his fall from grace in London and a ...
CrimeDramaMystery

IMDb: 7.2 2011 91 min 3 views
Po is now living his dream as The Dragon Warrior, protecting the Valley of Peace alongside his friends and fellow kung fu masters, The Furious ...
AnimationFamily

IMDb: 7.5 2008 90 min 6 views
When the Valley of Peace is threatened, lazy Po the panda discovers his destiny as the “chosen one” and trains to become a kung fu ...
AdventureAnimationComedyFamily

IMDb: 5.7 2004 79 min 4 views
Fa Mulan gets the surprise of her young life when her love, Captain Li Shang asks for her hand in marriage. Before the two can have their happily ...
ActionAnimationComedyFamily

IMDb: 8.0 2004 136 min 9 views
The Bride unwaveringly continues on her roaring rampage of revenge against the band of assassins who had tried to kill her and her unborn child. ...
ActionCrimeThriller

IMDb: 8.1 2003 111 min 15 views
An assassin is shot by her ruthless employer, Bill, and other members of their assassination circle – but she lives to plot her vengeance.
ActionCrime 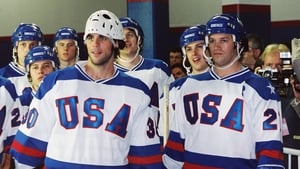 Teen Titans Go! To the Movies

Blade of the Immortal

A Rainy Day in New York

A Wrinkle in Time